A downloadable game for Windows, macOS, and Linux

Long ago, there was a temple, dedicated to a now forgotten deity of Temperance. But the followers fell to greed and avarice, and the temple now stands deserted.

Travel into the ruins, searching for treasure, and the ultimate hoard, which has lay hidden for centuries.

As you pick up treasure, you arouse the attention of tougher and tougher monsters. Woe to those who try to plunder the ultimate hoard!

Old school navigation - make your own maps using graph paper, or annotate the provided blank maps in an image editor.

Featuring a wound system - if you run out of health, you don't die; instead, you take damage to one of your vital statistics, making combat more difficult.

UP, DOWN, LEFT, RIGHT - Move around, pick up treasure, make a selection

PER - Perception - Affects chance to hit, and chance to get a bonus strike at the start of combat

SPD - Speed - Affects chance to dodge, chance to get an extra strike, and chance to flee successfully

AGI - Agility - Affects chance to hit, and chance to dodge

Run the jar that is included in the download.

On windows, you can use the .bat file if Java is on your command
line, or you can open the .jar file directly with java if you set the
default program for jars to be Java. 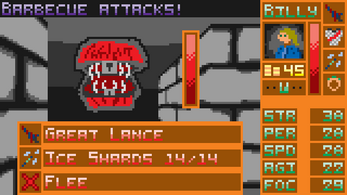 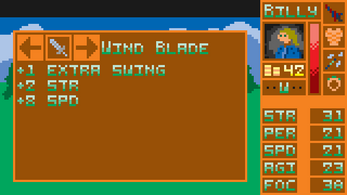 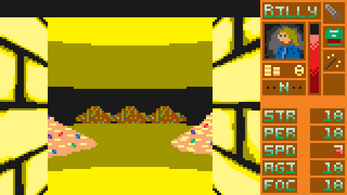 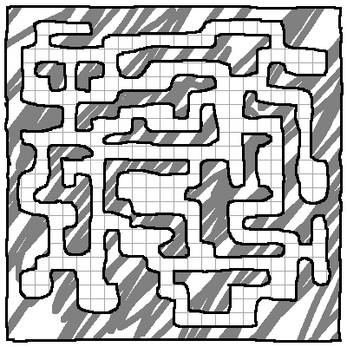